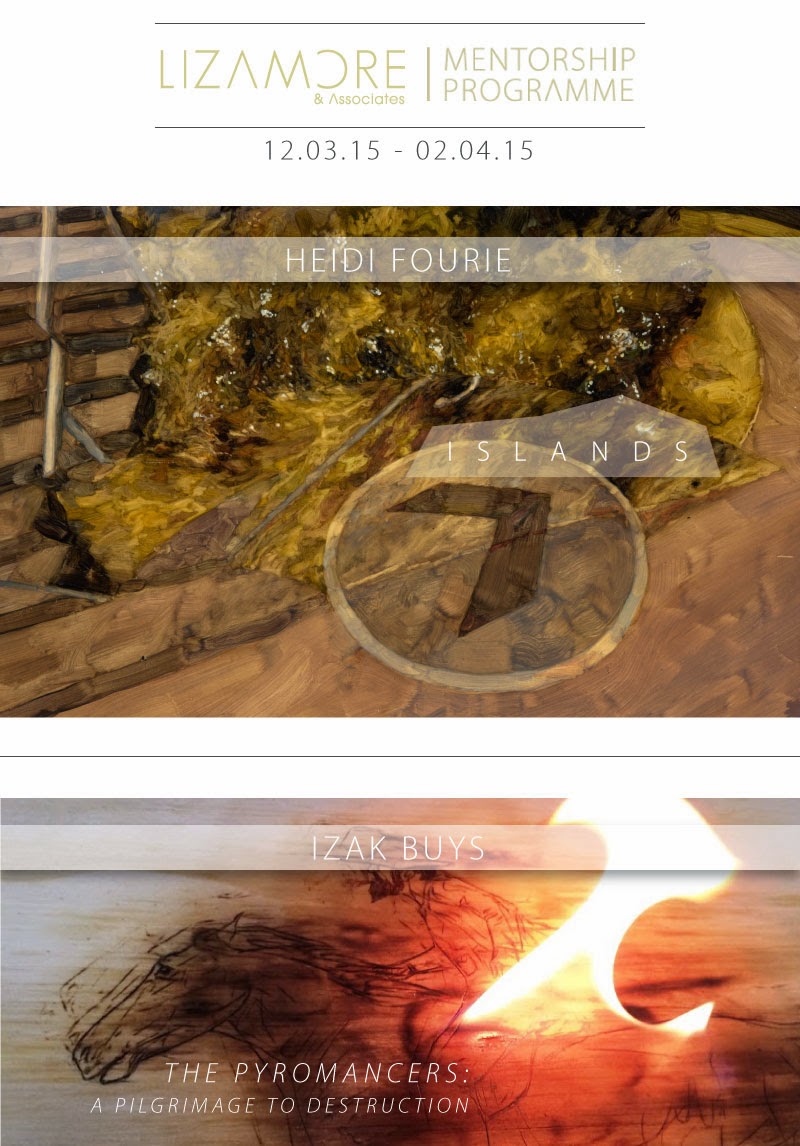 Please join us for a drink

and to meet the artists.

To those who meditate travel …
If you have health, a great craving for adventure, at least a moderate fortune, and can set your heart on a definite object, which old travellers do not think impracticable, then – travel  by all means.

Francis Galton1
I spent much of my year travelling abroad, although I barely left my studio or South Africa. Places described in science fiction novels, conversations and podcasts dictated where I would explore. I wandered through a world unknown to me on Google street view and often became disoriented when I looked up from the screen, only to find myself in the physical space I was in.

My studio became an island - a threshold between my daily reality and the elusive and flexible spaces of both the internet and painting. Where South Africa was considered a wild and mysterious country by 19th century explorers1, it became the vantage point for me, and the rest of the world became the wild.

The island can be considered a place of isolation and escape, yet it is also hard to escape from. It is either looked at from a distance or is seen as a remote outpost from which to stare back. It is typically fertile, lush, untouched, timeless and its tribulations are obscured.  Nothing happens on the deserted island until the explorers arrive, like a blank canvas with all its possibility and abundance.  Like the ocean seen from an island, street view scenery has an unyielding horizon, beyond which an inaccessible outside lies. It is always summer there and all places seem to bear uncanny similarities.

I became intrigued by the ambiguous shifting and transitional effects that can be seen when navigating in street view, such as digital glitches and the distorted perspectives of peculiarly curved streets, which rendered the surroundings island-like. I retained and emphasized the digital artefacts presented in this, still-imperfect, computer-stitched version of reality. Painting them became a layered process of translation, further obscuring the ultimate source of these images. They developed from the physical to the virtual, auto-stitched composite, to my own adaptation in paint.

In this work I am not weighing up virtual reality against real experience, nor am I seeking the ultimate picturesque landscape. I was looking for a way of dealing with the simultaneous comfort of the familiar and a longing and curiosity for the unknown. I realised that, although seemingly boundless worlds beyond my studio can be accessed, this experience is inevitably shaped, restricted and predetermined by the medium through which it is viewed.

The few images that ended up as paintings from the countless distant curiosities I have homed in on became my own subjective imaginings, detached from its origins. The paintings did not necessarily bring the islands any closer, and by enfolding one medium within another, perhaps rendered them even more impenetrable.

1 Galton, F. 1855. The art of travel, or shifts and contrivances available in wild countries.  Fifth edition. London: John Murray.  (All text included in the paintings is taken from this book)